Mike Schlitt (writer/performer) is a founding member of the Actors’ Gang Theatre, two-time winner of the New York International Fringe Festival’s Outstanding Solo Performance award, and a recipient of the LADCC Margaret Harford award for outstanding contribution to Los Angeles Theater. Since 1983, he has written, directed, produced and/or performed in over 65 theatrical productions around the world. His solo performances have been seen in Los Angeles, San Francisco, Portland and New York: Drive, He Said (Saxon Lee Gallery), Mike’s Incredible Indian Adventure (LATC, Flea Theatre, Portland Center Stage), Jesus Ride (Here Arts, Soho Playhouse, Son of Semele.) By day, he works in creative marketing where he has helped build advertising campaigns for hundreds of films including Zero Dark Thirty, Skyfall, The Social Network, and The Amazing Spiderman. His original podcast series Early Bird Special can be heard on iTunes and on this site. 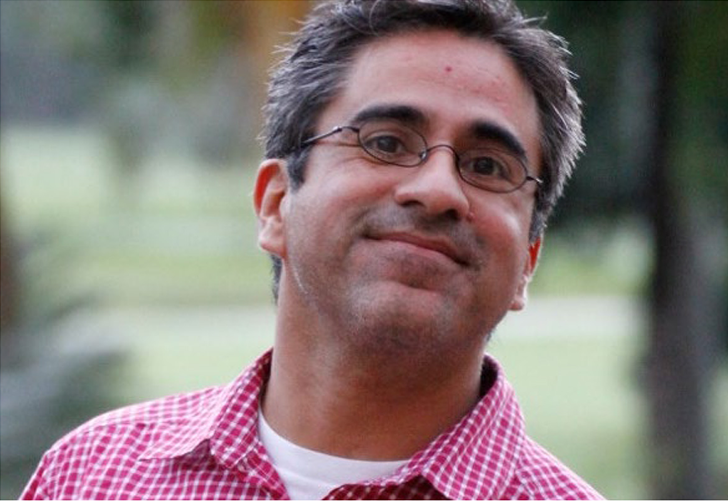 Mark Valdez (spin doctor) is a director, writer, and producer based in Los Angeles. Directing credits include You Can’t Take It With You (adapted to the American-Muslim community) and a bi-lingual (English-Spanish) adaptation of the musical comedy, The Pajama Game. Currently Mark is working with Latino artists of various disciplines to create DJ Latinidad’s Latino Dance Party, a performance that explores latinidad in contemporary U.S. culture–through a dance party. Valdez has led workshops and participated in numerous panels. He is the recipient of a Princess Grace Award for Directing and for Special Projects, MAP grants, and a NALAC Artist Grant. 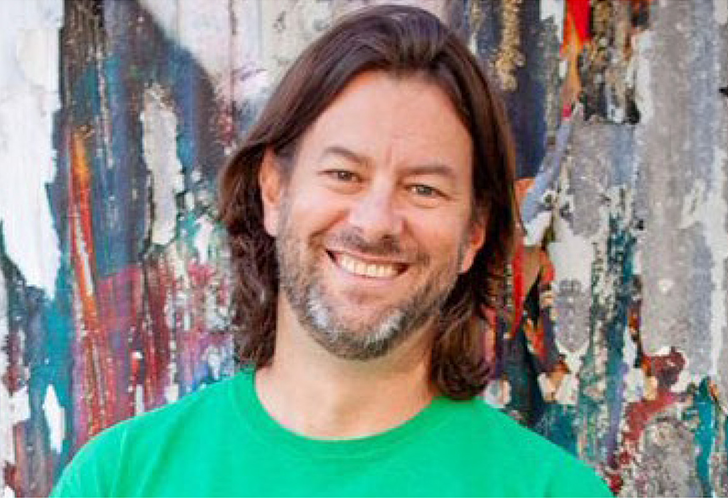 Michael John Garcés (spin doctor) is the Artistic Director of Cornerstone Theater Company in Los Angeles, where he has directed many plays such as California: The Tempest by Alison Carey, Plumas Negras by Juliette Carrillo and Café Vida by Lisa Loomer. Recent Directing credits at other theaters include Wrestling Jerusalem by Aaron Davidman at The Guthrie Theatre in Minneapolis and Mosaic Theater Company in Washington DC, Seven Spots on the Sun by Martín Zimmerman at The Theatre @ Boston Court in Los Angeles and Lights Rise on Grace by Chad Beckim at Woolly Mammoth Theater Company in Washington DC, where he is a company member. 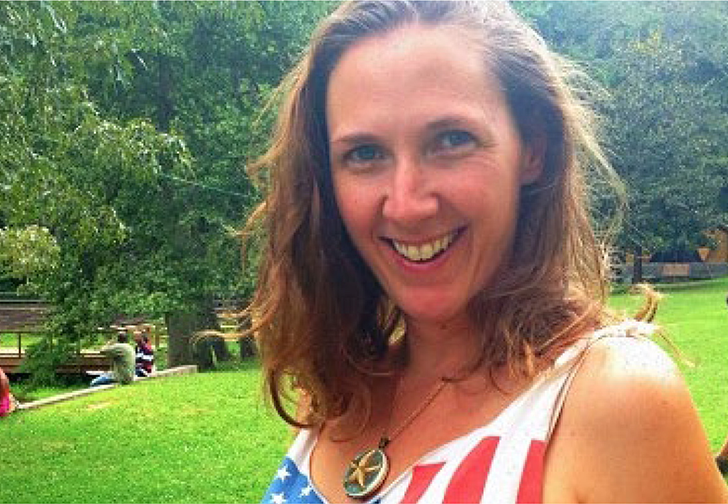 Ashley Sparks (campaign manager) is a southern theatre director, producer, and engagement strategist. She has worked nationally with companies such Cornerstone Theater Company in Los Angeles, ArtSpot Productions in New Orleans, Complex Movements in Detroit and PearlDamour. She was the Project Director for MicroFest USA – a national festival and think-tank series produced by the Network of Ensemble Theaters. This series focused on ensemble practices, cross-sector dialogue, and national arts advocacy. MicroFests were convened in Atlanta, Los Angeles, Philadelphia, Minneapolis, Honolulu, New Orleans, Detroit, Knoxville and Harlan County, Kentucky. She is a honoraria of the Princess Grace Award, a member of Alternate ROOTS, and holds an M.F.A. in Directing from Virginia Tech University. 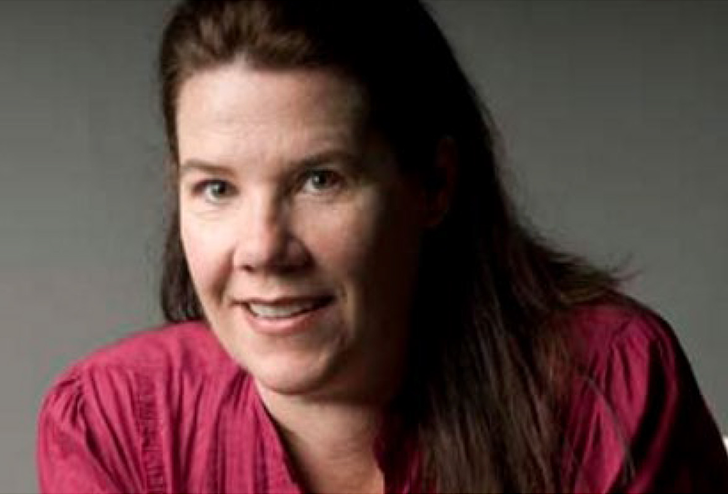 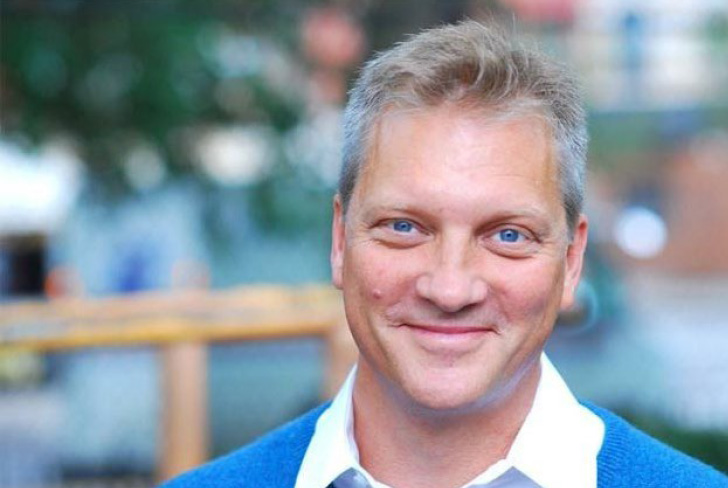 “A natural storyteller with an abundance of wit and energy….”
Adam Feldman, TimeOut

“A powerhouse of knowledge and determination…reminds us that even when his 47 minutes are done, change is always possible, especially when talking about democracy.”
—Theatre Is Easy

“Mike Schlitt is an amazing performer, someone who can totally manage (and command) (and INCLUDE) the audience in ways you rarely see. Patriot Act is ‘the big short’ of politics.”
Abby Schachner, Write Club

“I saw 55 shows at this year’s Hollywood Fringe Fest-Patriot Act was my favorite by far. It’s basically American history on speed, live theatre meets interactive forum. Hilarious, thought-provoking, inspiring–well worth the time and the dime.” Cori Baily, Market i

“My faith in American Democracy has been restored. This is a production to check out.”
Sara Fenton, See It or Skip It LA 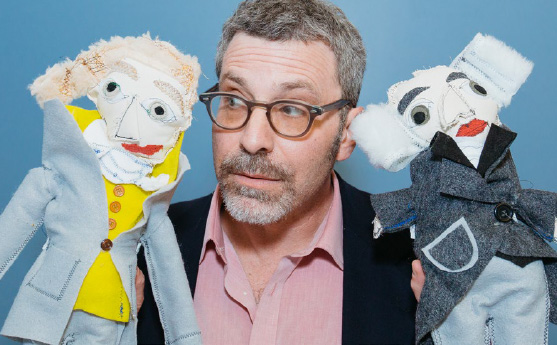 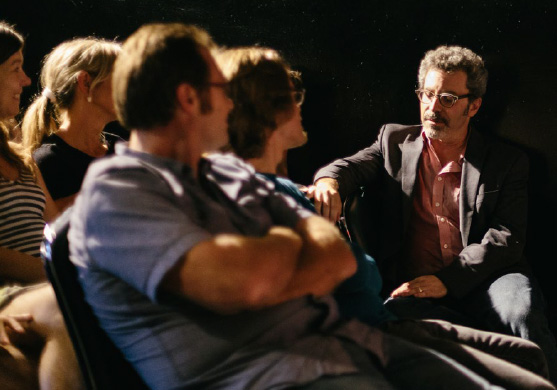 “Brilliant… like a great dinner party story that just happens to have video all cued up. Schlitt has some serious theatre chops.” Opening the Curtain, KCRW

“For Once you can believe the hype. This slow is a masterpiece of storytelling… funny, serious, cynical, triumphant. A tour de force performance that must be seen by all fringe lovers.” Los Angles Examiner

“…a genuinely thrilling deconstruction of Hollywood, the ‘Cinematic Savior’, and the stories we tell ourselves growing up.” LA Bitter Lemons

“It’s an adage long known to actors and playwrights—the best plays are always about truth. Mike Schlitt’s account of his early life and adventures in Hollywood along with the memories of his father is truth at its most hilarious—and most touching. The hour and a half spent on the “Jesus Ride” is one of the finest theatrical experiences you’ll ever enjoy.” The Tidings – Archdiocese of Los Angeles

“Absolutely hilarious. We loved it. I guarantee you’ll love it too…” Joan Rivers blog

“Schlitt walked into quicksand, and he lived to tell the tale; razor sharp, fast and furious, Schlitt is a hit.” Edge New York Review

“In 1987, Spaulding Gray gave us Swimming to Cambodia. In 2005, Michael Schlitt gives us his own version of an ill-fated trip. Schlitt is an engaging performer and a marvelously captivating storyteller, providing a play about failure that is a total success.” Review Plays.com 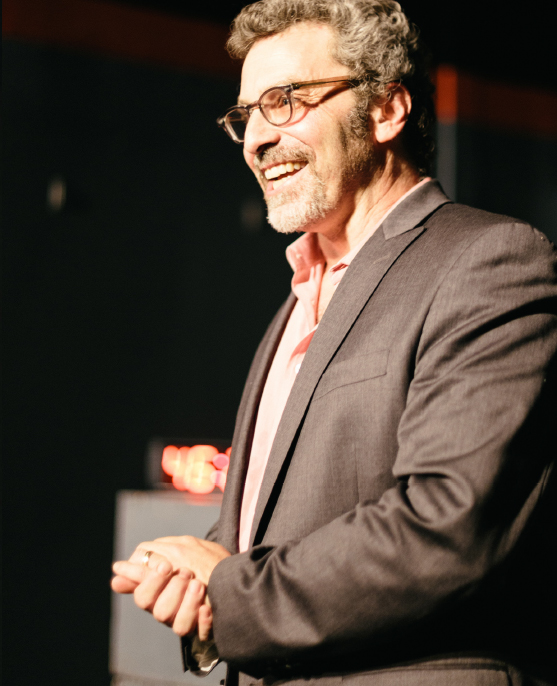